“And now you can’t even take your rubber off the road without getting a fine or be accused of tearing up delicate marshland water sheds or creeks… some people love driving a truck thru the mud getting stuck. And having someone of the same let’s call it sport pulling them out.” – Kelowna mudbogging forum 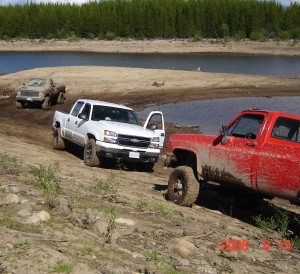 When I start counting up the complex issues in watersheds, I run out of numbers.

In a province of 4,618,777 people (as of today), our love of the great outdoors is wearing heavy on the landscape.

My last post was about people, climate change, and water use – with perhaps 30-45% population growth within the next generation. The cummulative effect of having more people depends on where and how we live.

It’s a similar story with people and pollution.

In the past 40 years we’ve stopped dumping raw sewage in the lake, quit using leaded gas, and now we return our used motor oil to the filling station instead of recycling it as a handy weed killer. 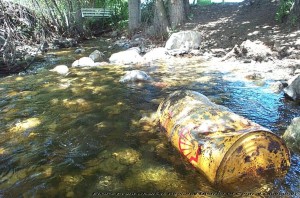 But old problems give way to new ones.

With climate change, erosion is more frequent – banks and beaches torn up by the force of larger freshets and extreme storms.

This June was one of the wettest on record, with slips and slides and mud in the water. Overland flooding creates a nasty stew of pet wastes, rotting debris, and trash. When air temperatures go up in July and August, warmer streams and lakes breed more bacteria.

And as the population grows, there are (of course) more people at risk from pollution.  Most of us get water from surface lakes and streams – high quality, but vulnerable. As drinking water becomes a bigger social priority – costs to clean it go up.  The only way to keep rates low is to keep water sources pristine. New York City is the most famous example – high stakes, millions of people, billions of dollars.

In BC, source protection is the starting point for healthy drinking water – in the Drinking Water Protection Act, the Water Sustainability Act, and others – but there are conflicting factors.  Everyone one wants clean water, yet it’s hard to change our ways. 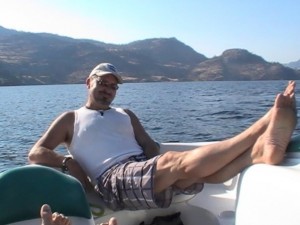 Summer boating: What could be finer?

With a bigger population, there will also be more people on the landscape – more boats, more back-country recreation, and more paving with stormwater running off it.

The Okanagan has multi-use watersheds with no special reserve areas around lakes and drinking water reservoirs – so surrounding public lands are shared by ranching, mining, timber harvesting, and people out having fun. This affects the water.

Recreation is a huge industry here.  I joke that one of the greatest factors determining Okanagan water quality is the Alberta oil industry.  Imagine thousands of young men, flush with cash, looking for a clean break from a dirty job. Boys with toys – trucks, boats, bikes, ski-doos and sea-doos. 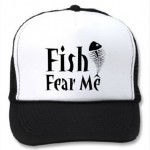 In many ways we are eager to see it. Recreation can be friendly to water and land, as well as the economy.  In 2009 (not a strong year), anglers spent $4.4 million in the valley – catching trout and kokanee. They buy permits, join clubs, help restore creeks, and keep an eye on the back-country – treading lightly on the land.

But there is tension among back-country enthusiasts because not all sports are water-friendly.

On the other side of the spectrum, mud-bogging must generate a tidy revenue from sales of knobby tires and jacked-up rigs. Officially illegal, this sport involves tearing around shallow lakes and wetland areas – getting stuck and unstuck – testing the limits of trucks and ATVs. Until recently, Postill Lake, a local drinking water reservoir, was a favorite place for mud-bogging – no longer.  Now there are big fines. 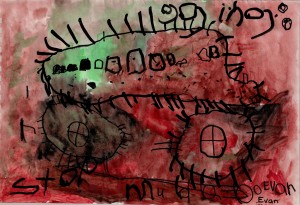 The kindergarden class from Cherryville gets the message. This drawing says, "Stop mudbogging".

To the uninitiated (like me), mud-bogging is mind-boggling (see video below). If nothing else, it’s dramatic proof that many people have no idea where their water comes from – and are just looking for fun.

In the words of a young internet poet: “I so fondly remember the days of postil like it was yesterday. I surf thru videos online and remeness of the good old days of a major event like may long weekend, and miss it so.”

Mud-bogging may be an extreme example (with high shock-value) – and there are many activities besides recreation that can be a problem for source protection – but the basic point is: like lawn watering, the collective actions of individuals make a real difference, good or bad.

As our numbers grow, we are more and more likely to love the land too hard.

It’s me, hiking off trail. It’s your neighbour – generous with his lawnmower – who loves to race his cigarette boat on Kalamalka Lake.

It’s my friend Wayne – always stopping to help old ladies – who has been dirt biking in the hills for 30 years. He didn’t know there were problems with off-roading and erosion, or that there was a special recreation area for it.

Canada is a large country with a small population, even clustered here along the 49th parallel. We are used to having unlimited freedom and access to the wild – and 94% of BC is public land.  But the Okanagan is growing into a major metropolitan area (by BC standards) of more than 300,000 people, and actively recruiting vacationers.

To protect water sources as our numbers grow and the climate changes, we’ll need to really improve our communication about water supplies and where they come from, and find different ways to manage shared areas.

Here’s a You Tube video of a mud-bogging event in Kelowna, 2008.