“Political stability, environmental quality, hunger, and poverty all have the same root. In the long run, the solution to each is restoring…the soil.” Rattan Lal

Soil/Water Conservation: Coming in from the garden this weekend, I went straight to the sink to wash my hands. Carefully turning off the tap while soaping, I readjusted the faucet, and rinsed off the gritty brown lather. 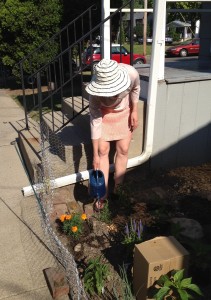 Not that I shouldn’t wash my hands regularly and with care.

Deep, rich topsoil is a giant sponge for rain – slowly releasing moisture as the plants grow. With enough good soil, you can have a green lawn and tall tomato plants with very little irrigation.  It is hard to say which is most important: that soil gathers and stores the water (reducing runoff and pollution), or its slow-release to plants (conserving water). 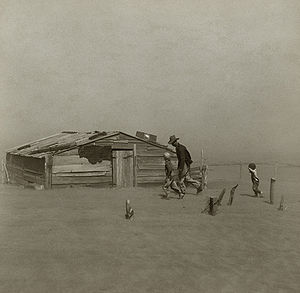 It’s an old idea that’s new again. There used to be a whole federal agency in the U.S. that was devoted to soil protection. Franklin D. Roosevelt said – rather dramatically, after watching the devastation of the Dust Bowl – “The nation that destroys its soil, destroys itself.” Yet somehow, decades later, it feels like we are rediscovering topsoil for the 21st Century.

Perhaps we should call this the Century of Urbanism. By 2050, they predict that two-thirds of humanity will live in cities. The principles of soil conservation, and its value in the rural landscape are (out of necessity) finally being translated to urban areas.

Growing Grass on Parking Lots: Back in the day, and even as we speak, developments often scrape off the topsoil, spread around sub-soil from the excavations, and in the end, roll sod onto a smoothed-out mixture of clay and gravel. When the rains come, the water can’t penetrate and runs quickly to the storm sewer – carrying pollution and sometimes flooding downstream. Not quite as impervious as asphalt, but pretty bad. 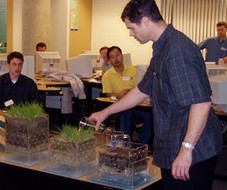 Richard Boase, an engineer with the District of North Vancouver, gives a compelling demonstration on the power of topsoil to save water.

In the summer heat, we then try to green up lawns planted on hard-baked, hard-pan – pouring on the water and watching the excess evaporate. Here in the urban Okanagan, on average we use 3 to 4 times as much water for landscaping than for all our indoor activities of life – even with long-showering teenagers.

I could go on about my love for compost, my appreciation of worms and soil bacteria, of minerals and microbes and carbon sequestration, but today I’ll just say that great soil is great for water.

Topsoil Bylaws: So, if improving urban landscapes with better soil is part of the solution, it’s easiest, by far, to do it with new or re-developed neighbourhoods. That’s why there is a growing movement in BC to build topsoil protections into development standards. It coincides with an emerging interest in all ways to green cities – witness the popularity of urban farming, green roofs, green walls, and urban country lanes.  There are reports of global topsoil depletion, but here we are trying to reverse the trend. 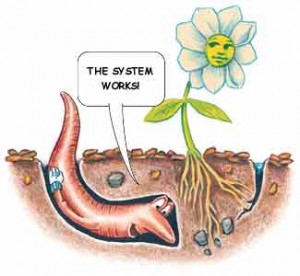 This movement has been spearheaded by the good people of the Green Infrastructure Partnership, who first developed a Topsoil Primer for BC municipalities.  With their help, we fleshed out the original primer to create a full-fledged Topsoil Bylaws Toolkit – published last week.

The ideas are not radical. Instead of leaving hard pan, leave 6 inches of soil. If you scrape it off during the building process, scrape it back on again. Build and preserve it like you would any valuable resource or permanent infrastructure of the community.

Yes, in this era of small government, let’s take time to appreciate the simple power of municipal bylaws and development standards. 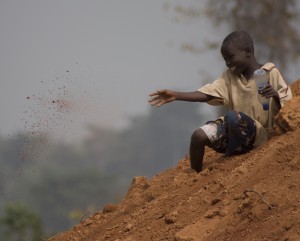 Local governments are not only closest to the citizenry, and all their joys and challenges, they sit in the driver’s seat for most of the direct, tangible responses to climate change. Municipal development rules and infrastructure planning can either exacerbate or alleviate the heavy footprint of urban growth.

And even if bylaws are not your thing, and you are just a lover of water for drinking and bathing, swimming or boating, let’s take time to appreciate the not-so-simple matrix of soil beneath our feet.

9 thoughts on “The Dirt Makes the Difference.”