“Why isn’t every day Water Day?” – Peter Gleick, on Twitter

Canada Water Week, and World Water Day (March 22) have come and gone, and I hope you all took the opportunity to lift a long, cool glass and marvel at the wonder and privilege to have such a beautiful, precious thing flow freely from our taps.  Nonetheless, this seems a good opportunity to celebrate progress in the year past, to look at where we’ve fallen behind, and to make plans for the future.

First, I want to apologize for the long blog-drought on Building Bridges. Over the past few months I’ve been taking time for family: the short illness and peaceful passing of my father. He had a great love for this blog, and I often thought of him while writing – to educate and entertain an intelligent, caring member of the public. In that spirit, I continue. END_OF_DOCUMENT_TOKEN_TO_BE_REPLACED

“I conceive that the great part of the miseries of mankind are brought upon them by false estimates they have made of the value of things.” – Benjamin Franklin 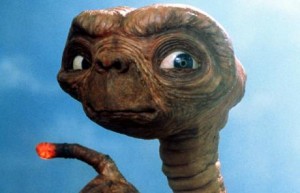 Expensive On Other Planets:  In Salt Lake City, I once met an exobiologist who studied the bacteria that live under the Antarctic ice-sheet. Camping in a tent, she spent her days diving into holes in frozen lakes to collect samples. She told me it was a “Mars model,” considered one of the few places on earth that can approximate extraterrestrial conditions.

NASA’s latest mission just spent $2.5 billion dollars to actually look for water on Mars. Its simple presence is a signal that life can exist, whatever planet you are on. Whether or not one feels this is money well spent, it shows the lengths we’ll go and the money we’ll spend on water. END_OF_DOCUMENT_TOKEN_TO_BE_REPLACED

I’ve been deeply unsettled by news of the mudslide in Johnson’s Landing last week – a place I’ve visited often.  A tragedy is the worst kind of catalyst for change. END_OF_DOCUMENT_TOKEN_TO_BE_REPLACED 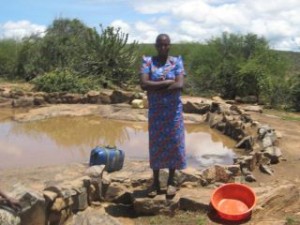 Back at home, I asked some guys next to me at a restaurant what they thought about drinking water. “We don’t think about it. We don’t want to. We just want to be able to get it.” Tommy and Ken were executives from the auto industry, and after some discussion, they admitted to being skeptical about climate change, but aware there were problems out there. “Without water there’s no life. Look at the Dead Sea, it’s dying!” END_OF_DOCUMENT_TOKEN_TO_BE_REPLACED

“By 2025, 1.8 billion people will be living in countries or regions with absolute water scarcity, and two-thirds of the world’s population could be living under water stressed conditions. The lack of water limits farmers’ ability to produce enough food to eat or earn a living.” – UN World Water Day 2012 website

One man roasting a goat, six others giving direction. Borrowed from Lizzie King, who has spent many years studying rangeland restoration with the Maasai of Kenya.

Water and Food Security is the theme of World Water Day – March 22nd, 2012. Every food crop, all meat production, and inland fisheries from Amsterdam to Zanzibar depend on water.

Here, food security once meant the annual migration of millions of sockeye, traveling up the Okanagan River. Fish, wild berries, and game were reliable food for Okanagan peoples for millennia. Now, with 300,000 people in the valley, food security is (like most other places) mostly about land and irrigation water. END_OF_DOCUMENT_TOKEN_TO_BE_REPLACED