Control methods for aquatic weeds are numerous and varied but may be divided into physical, chemical, and biological approaches.

Currently, only mechanical methods are used to control Eurasian watermilfoil in the Okanagan.

Apart from natural grazing by native animals and insects, biological controls have not been used in the Okanagan — although the Water Board has worked to keep current with advances in this area. The Federal Government does not permit the open introduction of non-native biological control organisms for fear the control agent itself may become a pest. There are a couple of approaches that are of interest but have not so far been used in the Okanagan.

The watermilfoil weevil (Eurychiopsis lecontei – for those with a fondness for Latin) is native to North America and to the Okanagan and is an herbivore of watermilfoil. Adult weevils live submersed under water and lay eggs on the growing tips of the plant. The larvae bore down through the stem, allowing diseases to enter that suppress growth, reduce root carbohydrate stores and cause the plant to sink. The effectiveness of the weevil is hit and miss in regions where it is used. In nature, insects rarely reach densities high enough to cause widespread damage – i.e., control – over a nuisance plant. The insect must be artificially reared and introduced to the lake in sufficient quantities to do the job.

Another insect native to the Okanagan which damages Eurasian watermilfoil is a chironomid (midge) larva (Cricotopus myriophylii). Attempts to rear the insect in the laboratory and introduce it to the lake failed, and while natural population levels damage milfoil plants in small areas, no acceptable level of control occurs.

The Chinese grass carp (Ctenopharygodon idella) will consume tremendous quantities of aquatic plants but also eats many native plants, and in fact, often prefers other plants to watermilfoil. The grass carp are primarily used in small lakes or ponds where stocking rates are affordable and the fish are confined to the problem areas. To prevent reproduction of the carp only triploid sterile fish are used.

The plant pathogenic fungus (Mycoleptodiscus terrestris) attacks Eurasian watermilfoil and has been shown to significantly reduce plant biomass in laboratory studies. The same damage has not been achieved in field trials.

Biological control methods do not eliminate the target weeds, and a continuing maintenance program is needed.

No herbicides are used in the Okanagan Basin Water Board’s watermilfoil control program. In the late 1970s test plots of Eurasian watermilfoil were treated with 2,4-D in  granular form. Although 2,4-D is a systemic herbicide, taken up by the plant and capable of killing the root, repeat applications are needed, usually on an annual basis. This chemical is the same active ingredient that is found in many lawn weed killers. Another herbicide, Diquat, was tested once in the mid 1970s. It is the chemical equivalent of mowing the top growth of the plant and does not affect root viability.

All the Okanagan lakes are used as drinking water reservoirs. Aside from citizen concern about chemicals in our water supplies, neither of these herbicides provides long term control. Many other herbicides have been developed for aquatic weed control, but very few are licensed for use in Canada. 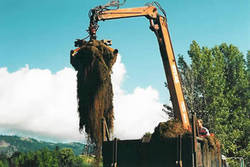 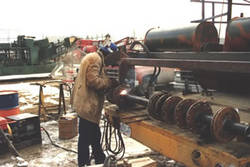 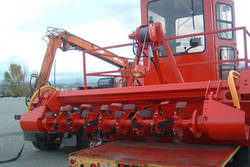 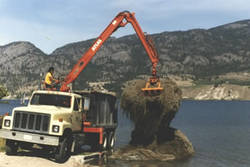 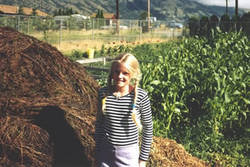