Provincial River Outlook – Issued: May 27, 2016 3:00PM
“Weather over the past week has been dominated by low pressure systems with cooler temperatures and showers. Precipitation totals over the past week were in the 0-20 mm range for the western half of the province and 10-50mm range for the south interior, central interior, southeast and north-east.

With cooler temperatures, snow melt rates have eased slightly with typical melt rates of 15-20mm/day being observed at Automated Snow Weather Stations that have snow remaining. The province’s snow melt continues to be earlier than normal, with late-May conditions being more typical of snow pack that is normally observed in late-June.

Most snow melt driven rivers of the province have experienced the peak of the freshet season, and are now experiences declining flows as snow packs become depleted. As a result, seasonal flood risk is now declining.  On-going flood risk from extreme precipitation still exists.”

Current Drought Conditions – Level 2
According to the BC River Forecast Centre, most of the province is “DRY,” based on precipitation and stream flows. This information is updated weekly, on the BC Drought Information Site. Vancouver Island is already experiencing significant drought, and looking at all options for drought preparedness (see article below).

Stream flow map
Streams in the Okanagan are now flowing below average. This is because “average” is based on a later freshet season. 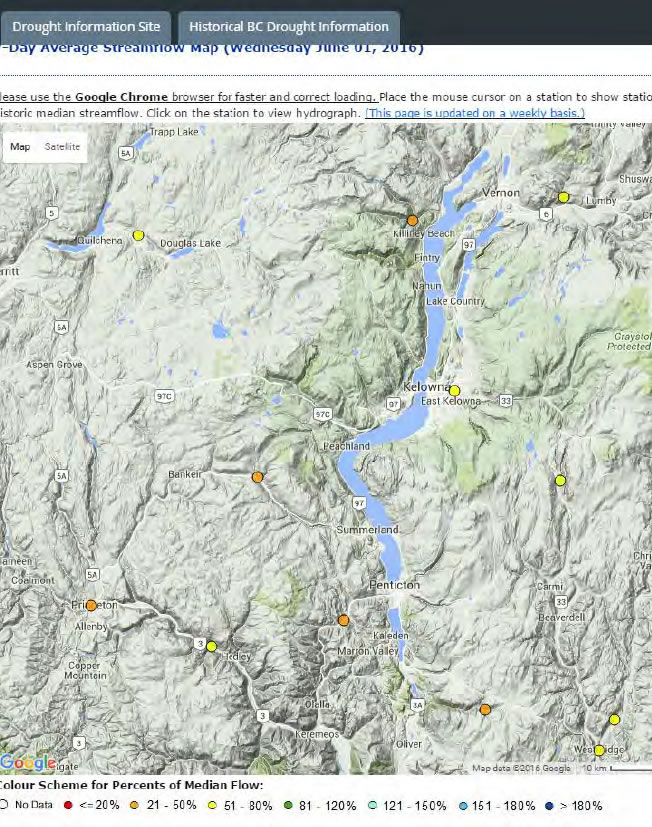 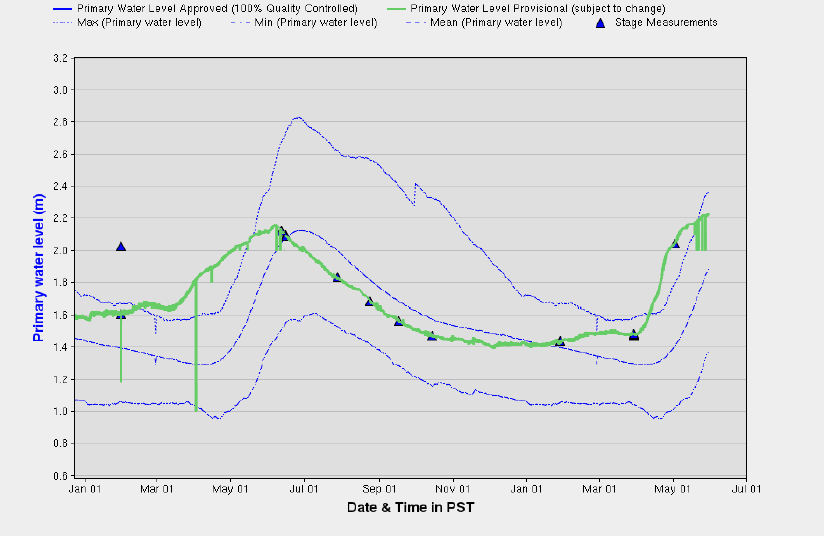 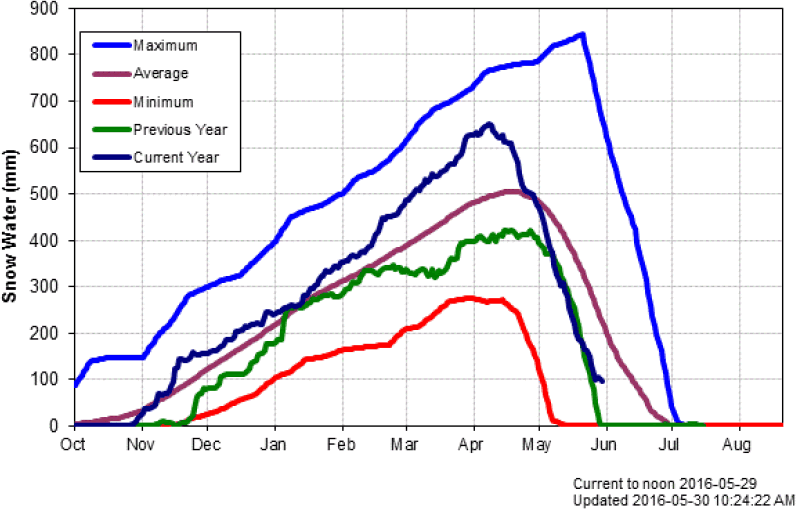