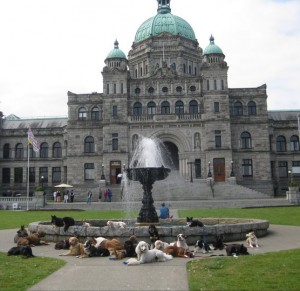 BC Parliament on a summer day. Photo by Brynne Herbison

BC is in the middle of another resource development boom. Water isn’t one of them, but as always, is central to everything.

More than 100 years ago, the Water Act was created to bring order to the mining industry. Prospectors needed flumes to wash the gravels and extract the ores, and they needed to know that the guy upstream wouldn’t divert the flow.

Times have changed, and the resources are different. The new gold is natural gas, along with hydro-power, expansion of irrigated agriculture and the thirst of growing cities. The Water Act is being updated as the Water Sustainability Act, to protect the needs of the new economy while also protecting natural water systems.

We’ve had waves of opportunities for public comment, starting in 2008 when the Premier’s office released Living Water Smart, their plan for BC’s water future. Now, years later, we are seeing how our recommendations have been weighed and measured, in the final legislative proposal released on October 18th.

This is really an historic time and when the Act passes the legislature this coming spring, we’ll be throwing a big party. On the other hand, turning the law into regulations and making the changes they’re calling for will take active, tenacious involvement of everyone who cares about water. It will be a tall task with ticklish trade-offs. 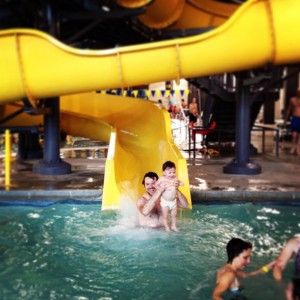 Dan and Cyrus at the water slides. Photo by Julien Roohani

A few weeks ago I gave an early-morning interview to Chris Walker on CBC about the new Act, following the release of the government’s legislative proposal. Later at the office, Corinne Jackson gently commented that maybe I needed more coffee, because I’d left out the sexy parts… A once-in-a-lifetime opportunity! Water in the balance! With two small children, Corinne is intensely passionate about the world to come.

Perhaps the radio amplified the caution in my mood. There is a lot to like in the new Act, something for almost everyone. But can we have it all?  There will be winners and losers. In some places, we’ll lose free-flowing streams, in some places there will be lost mining opportunities. We’ll lose farms in over here, and gain them over there. There will be financial costs and social costs.

My remarks to Chris had more to do with the need to be calm and steady, anticipating huge shifts to come, rather than raw enthusiasm about this step in the process. 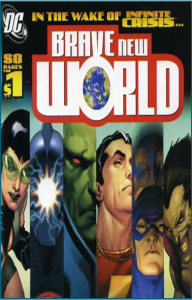 As much as I’m very eager to see the new law passed in 2014, these are big, historic changes, and after reading through the legislative proposal I am glad they are slated to roll out slowly.  The folks at the Ministry of Environment have been working steadily for several years to draw up the changes, but when it passes, the hard work will have only just begun.

The devil is in the details, and the details are in the regulations and the roll-out.

One example of the scope of the effort are the new rules for groundwater – requiring licenses for high-volume users (utilities, industry, farmers with big acreages) that will be linked to surface water rights. Homeowners on well water won’t have to get a license, but they will have to register their wells so that they’ll be protected when someone applies for a large new water license. Getting everyone licensed and registered will take 3-5 years and a big push by both the province and local communities.

Other aspects of the new Act – like having regulations, custom plans and stakeholder councils for specific watersheds – have a lot of potential, but are still too vaguely defined in the proposal to really understand what form they will take, and how they’ll play out over time. There’s a bright side to this fogginess, because there will be more time and more opportunities for people to weigh in and help shape the results as the actual regulations are developed. 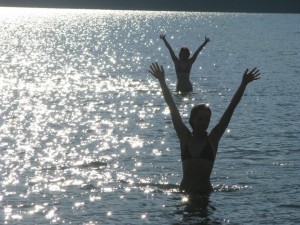 Probably the brightest light and most important aspect of the new Act is the capacity to fund all these changes. In the past, water management has been hampered by lack of money. The latest proposal is to use revenue from the annual water license fees to cover the costs to the province. Hopefully, money will also be granted to local governments and regional groups to do the work on the ground. Historically, water licence fees have gone into general revenue, so it’s a big deal to have water costs paid by water revenue.

Watersheds are like islands – separate from the surrounding world, but affected by the same tides. The new Water Sustainability Act is the highest tide to reach us in a very long time.

We only have the water that falls within this narrow valley, and what we do with it determines our collective health, wealth, and every aspect of the environment around us. And while I recognize that small actions add up to change, it’s rare to have a chance to influence the future in a big way. This new law is the future of water in BC. 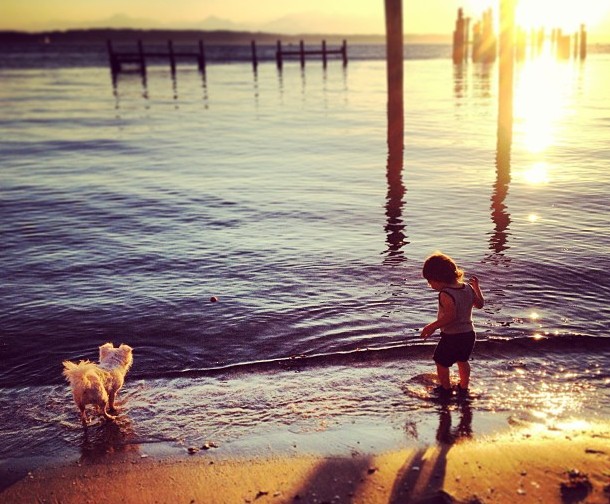 2 thoughts on “Our water future is just beginning”